“David Nixon, Pat Page, Roy Johnson and Ken Brooke were all great influences on me.” 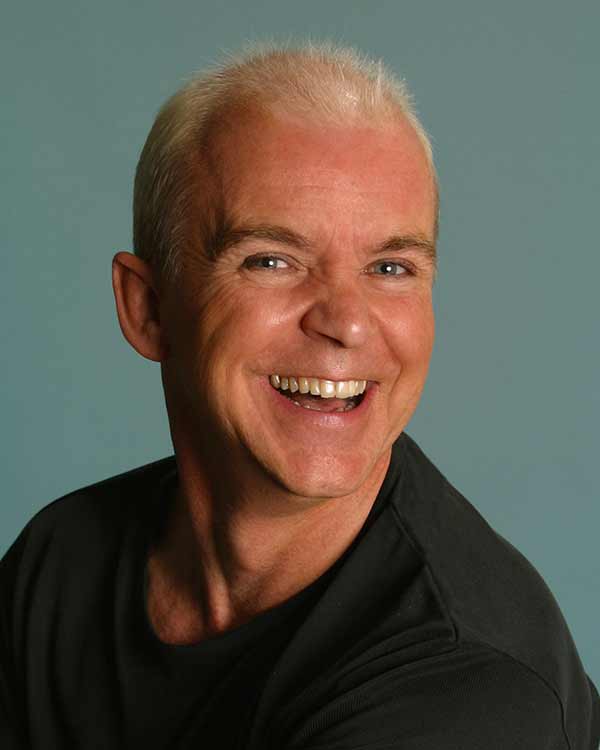 A Little Bit Of History!

Wayne Dobson was born in Leicester and was just a youngster when he discovered the fun of magic for the first time. At just 16 years of age became the youngest-ever member of the Leicester Magic Circle.

"One of my earliest memories as a young boy is going to a children's party and watching a magician tear up some tissue paper turning it into a bunch of flowers - I couldn't get over it. I suppose I was like any young boy, I watched magic on television and naturally wanted to get involved. When I was nine my Mum and Dad gave me a David Nixon Magic Set as a present for Christmas, which really started me off. That was it. I loved it and soon became fascinated with the whole idea. Unlike most crazes that became boring after a while, magic was an obsession with me and I wanted to find out more and more about the history of magic and how to perform new and exciting tricks."

Years later on a school trip to London Wayne really realised the hold that magic had over him.

"We were on a school outing to the British Museum, and I discovered one of the world's most celebrated magic shops, Davenports, and wandered in. It was like an Aladdin's cave to me. Instead of gold, silver and jewels, this marvellous place was packed with fantastic tricks, wonderful magical equipment, books and authentic posters of the great illusionists. Old ventriloquist dolls hung from the walls and ceiling. It was a treasure trove of magic, everything I thought a magic shop should be. The gentleman behind the counter was Pat Page, himself an adept and skilful magician."

"I told him of my great passion for magic and we struck up an instant rapport. Before long, he was showing me how to perform a series of tricks. The one which really blew me away involved three silver cups and three balls which turned into fruit and vegetables. 'That's real magic, I can't do that,' I said. 'You can,' Pat replied. As I couldn't afford to buy the cups and balls, the equipment was far too expensive for a mere schoolboy, I just bought the book on how to do the trick and practised at home with teacups. It was the first professional trick I ever performed. Eventually, I saved all my pocket money and went back and bought the 'Cups and Balls.' Pat Page has since become my great friend and mentor and was magical adviser for my television appearances. After that first visit, I used to spend many of my weekends in London, visiting magic shops and talking about magic, learning as much as I could. I then started doing tricks properly and because my school friends were impressed, I felt good. I pestered my local library for all the magic books available on the library circuit..." 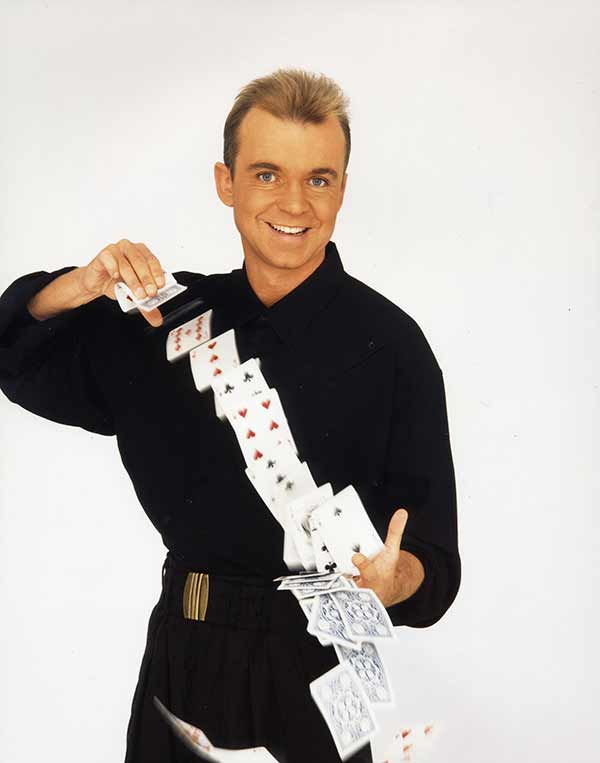 Throughout his teens he worked on his magic becoming a real master and having great fun performing to friends and family, and the occasional show at his local youth club.

"David Nixon, Pat Page, Roy Johnson and Ken Brooke were all great influences on me."

Wayne was also inspired by another brilliant man of magic, Dai Vernon.

"I think it was because of Dai Vernon's influence that I became so interested in close-up magic. He was revered, and rightly so, by all the modern-day magicians and illusionists. He was one of the great innovators. The 'Cups and Balls' routine was one of his specialities."

At just 16 Wayne was demonstrating great flair and originality and started to pick up local engagements and club work, on a semi-professional basis. In 1977 he was a joint first prize winner in the close-up competition at the IBM British Ring Convention. This led to his television debut on BBC TV's Blue Peter. At just 21 he decided to become a professional magician.

"Turning pro was a big gamble, however my good friend and magician Roy Johnson persuaded me to give up a steady job and a regular income to chance everything on a career in show business." 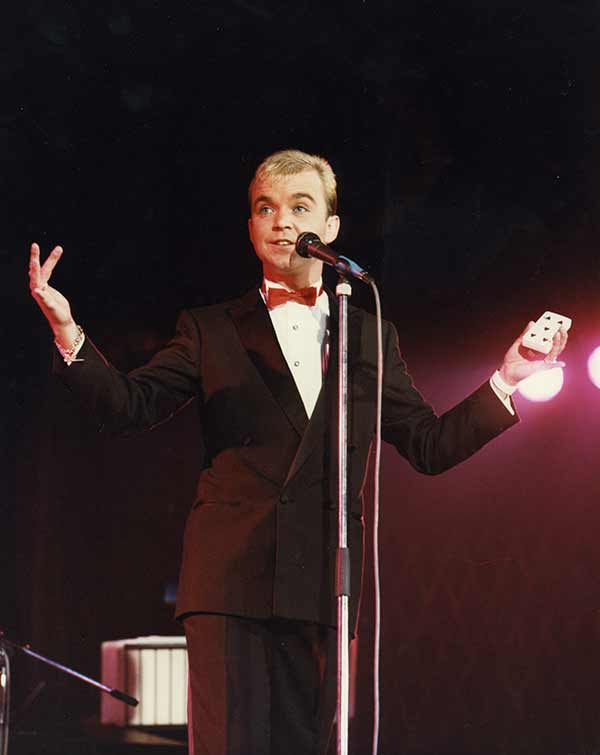 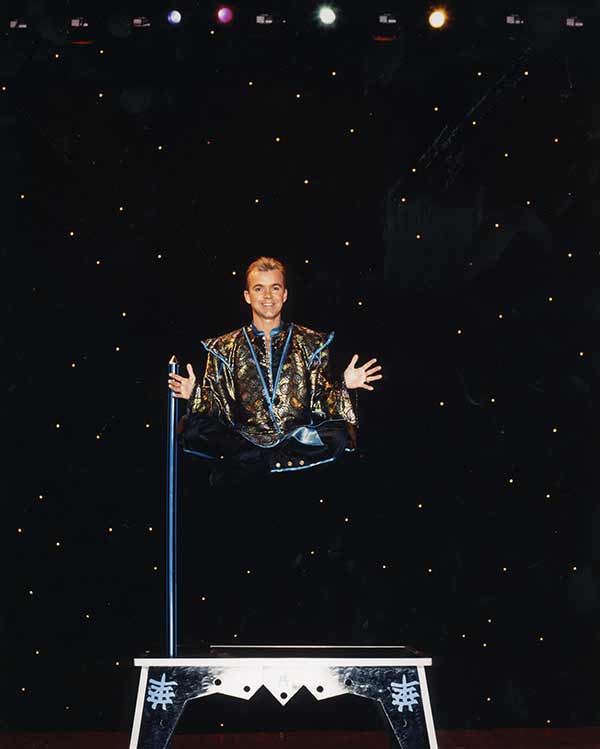 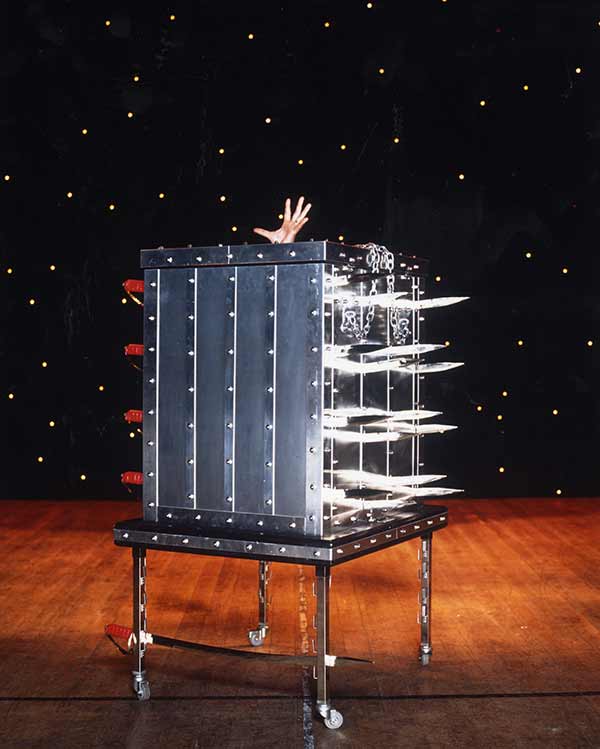 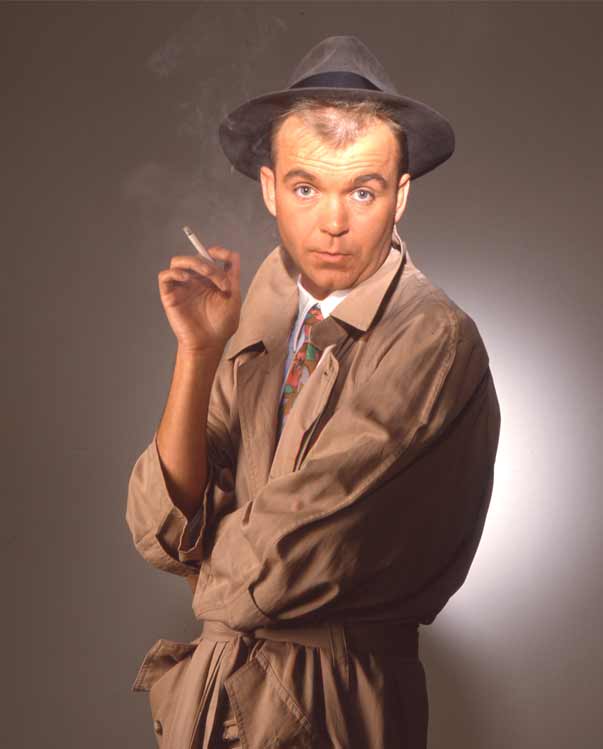 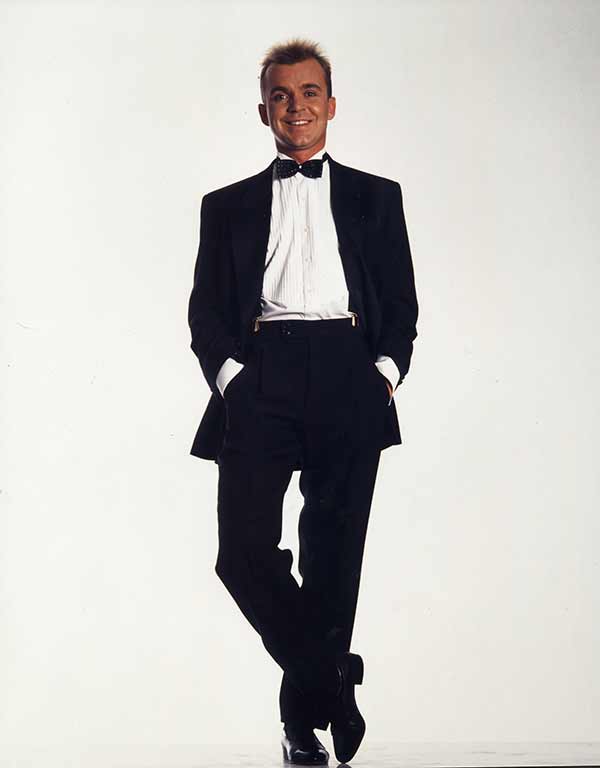 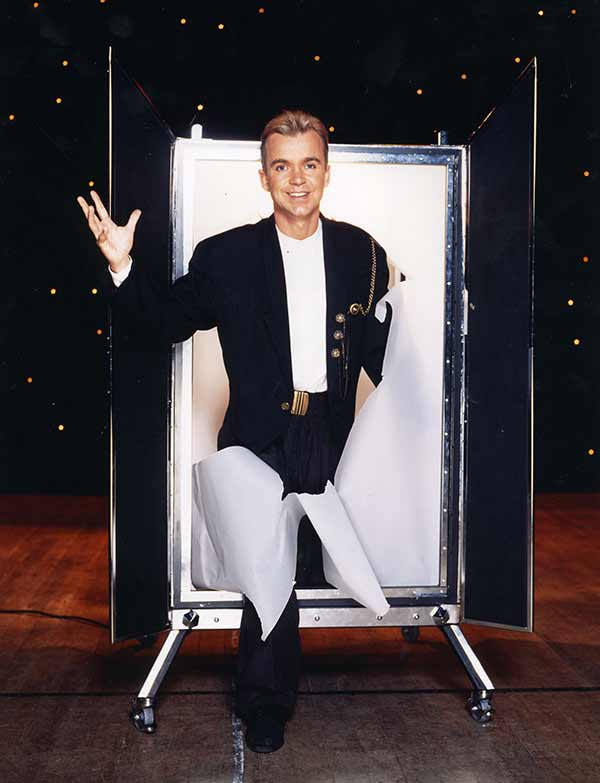 The Gamble Paid Off!

Wayne was achieving great things on the notoriously difficult British club circuit. His original style of magic with fast talking patter and hilarious split-second one liners was having its effect. A run of tours with some of the UK's top performers ensued; Wayne opened for Freddie Starr, Shirley Bassey and the Shadows. The TV companies picked up on Wayne's magic and he performed on a number of top shows. In 1988 accompanied Engelbert Humperdinck on a comprehensive American tour which saw him entertaining in Las Vegas, Lake Tahoe, Hollywood, Los Angeles, Atlantic City and Chicago. The tour was a tremendous success. Wayne was blessed with a rare talent for blending great humour and great magic, evidenced by the high regard accorded him by fellow entertainers. Dean Martin was a fan and took him to Las Vegas...

"America was a great challenge for me, it gave me great confidence and was a fantastic grounding. It taught me so much and gave me the chance to develop and expand my own boundaries as both a magician and a performer."

Back in Britain in 1989 he was chosen to appear before HM Queen Elizabeth in the Royal Variety Show at the London Palladium and had the audience in fits of laughter with his hilarious routine assisted by Frank Bruno and Harry Carpenter. Wayne was in great demand and later on in the year made a guest appearance each week on the Joe Longthorne show, presenting a mixture of close up magic and illusion. This lead to him being offered his own TV series and 'Wayne Dobson - A Kind of Magic' was born. The series was aired nationally on Saturday nights on ITV and another two series were commissioned such was its success. At one point viewing figures reached a staggering 11 Million! 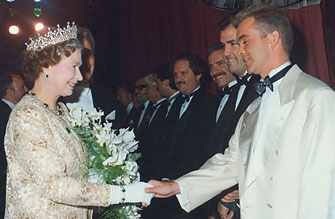 In 1988 he was diagnosed with MS, his future was redefined in a moment; his world became inverted and uncertain. In the face of such adversity most would be tempted to give it up, quietly fade away into the unknown. Wayne didn’t give up, he saw it as a defining moment, he rose to the challenge, he continued to work, and he discovered his real and true friends like Joe Pasquale. Within the fraternity of magic he was regarded as an icon, frequently lecturing to the numerous societies up and down the country, his natural wit and ability to create wonderful magic effects found continuing favour. He was still a gifted entertainer and now he was to become an inspiration to others.

There are over 100,000 MS sufferers in the UK, supported by a small army of carers and helpers, Wayne has become a beacon of resolve to so many others, he doesn’t express bitterness, he simply sees it as it is and gets on with it, the fact he does it with wonderful humour is, befittingly, deceptive. He is open and completely frank with his audiences, if there are ever any moments of doubt or self pity they are never seen or stated, almost perversely he brings a feel good factor to any occasion, and we are blessed for knowing him.

In 2004 he was awarded the ‘Maskelyne’, the highest award in the world of magic, for outstanding individual achievement by The Magic Circle.

In 2005 he founded DTRIK, featuring Wayne's range of magic products. Wayne continues to perform, and also lectures a magic clubs, at home and abroad.